Showing posts from 2011
Show All

Is Blackberry platform starting to die ?

Google has announced the deprecation of the Gmail application on blackberry... Still usable but won’t be supported or improved anymore... The ersatz is the gmail.com which is far from offering the same level of functionality, like "new mail notification"... without this last functionality, Gmail is useless... Or the phone is... This is severe drawback for blackberry users, and maybe we can see a sign of the end of the Blackberry... And that Google, with the buyout of Motorola, tries to kill a serious opponent...       The blackberry phones are great, even if the current “App World” plateform is far behind the Android Market (or iPhone one). My plan for dropping the HTC Desire HD (the worst phone I ever possessed) and switching to Blackberry needs some second thought... anyway, keeping the HTC is out of question... The official announcement of google : http://googleappsupdates.blogspot.com/2011/11/deprecation-of-gmail-app-for-blackberry.html
Post a Comment
Read more

Google Chrome complaining about Flash plugin being too old... 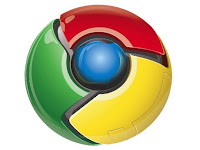